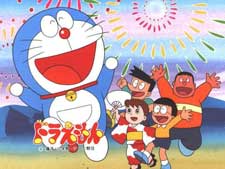 by Dave Koch Post your Comments or Review
This page has been viewed 51 times this month, and 1958 times total.
>Unknown Tag: 'short_stud_crew'

Although this series often has been credited to the Fujiko-Fujio design duo, it actually was created solely by Hiroshi "Fujiko" Fujimoto.

"Doraemon" movies, lasting about 90 minutes each, have been issued regularly during the Japanese spring break. These started with "Nobita's Dinosaur" (1980) and were followed by "Nobita the Space Colonist," "Nobita's Magic Tower," "Nobita's Undersea Fortress," "Nobita Goes to Hell," "Nobita's Little Star Wars" and "Nobita and the Iron Warrior" (1986).

A 1995 film, "The Birth of Doraemon," traced the series' origins. A new series of films followed: "Nobita's Galctic Express, "Nobita's Clockwork City," "Nobita's South Sea Adventure" (which set a Japanese box-office record for animated films), "Nobita Gets Lost in Space," "Nobita and the Legend of the Sun King" and "Nobita's Winged Heroes."

Dozens of Doraemon TV specials have appeared through the years. Many have been combined with other specials to create additional "movies": "It's New Year!", "It's Summer!", "It's Autumn!", "It's Winter!", "It's Spring!", "Summer Holiday," "Doraemon Meets Hattori the Ninja," "Featherplane," "What Am I for Momotaro?", "Come Back Doraemon," "Doraemon and Itchy the Stray," "Doraemon's Time Capsula for 2001" and "Treasure of Shinugami Mountain."

Do you have anything to add to this page? Have we made any mistakes... or do you have any additional information about Mei Tantei Nobita!!? If so, we would love to hear from you. Please send us a quick note with your additions or corrections to this page, and we will make the corrections as soon as possible!

Do you love Mei Tantei Nobita!!, or do you think it is the worst cartoon ever? Let us know what you think! Surely you have an opinion... so share what you think. Take a minute and post your own comments about this cartoon here. 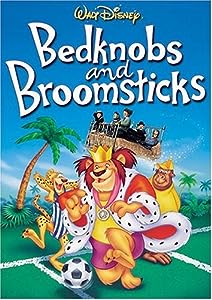