Additional Information about the Theatrical Cartoon The Dam Keeper 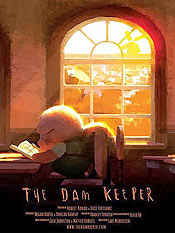 by Dave Koch Post your Comments or Review
This page has been viewed 462 times this month, and 2412 times total.
>Unknown Tag: 'short_stud_crew'

The Dam Keeper, an original animated short film by feature animation artists Robert Kondo and Dice Tsutsumi, tells the tale of a young pig encumbered with an important job, and the meeting of a new classmate who changes everything. A first-time collaboration between some of the most talented artists in animation, The Dam Keeper made its world premiere as an official selection at the 2014 Berlin International Film Festival and is slated to make it's US premiere at The New York International Children's Film Festival this spring.

Set in a desolate future, one small town's survival is solely due to a large windmill dam that acts as a fan to keep out poisonous clouds. Despite bullying from classmates and an indifferent public, the dam's operator, Pig, works tirelessly to keep the sails spinning in order to protect the town. When a new student, Fox, joins Pig's class, everything begins to change.

Made up of over 8,000 paintings, The Dam Keeper blends traditional hand-drawn animation with lush brushstrokes to bring Kondo and Tsutsumi's celebrated painting-style to life like never before. The Danish actor Lars Mikkelsen of television's Forbrydelsen (The Killing), and BBC's Sherlock, narrates this timeless fable. Directors Robert Kondo and Dice Tsutsumi are known for their art direction on such beloved films as Ice Age, Ratatouille, Monsters University and Toy Story 3.

Do you have anything to add to this page? Have we made any mistakes... or do you have any additional information about The Dam Keeper? If so, we would love to hear from you. Please send us a quick note with your additions or corrections to this page, and we will make the corrections as soon as possible!

Do you love The Dam Keeper, or do you think it is the worst cartoon ever? Let us know what you think! Surely you have an opinion... so share what you think. Take a minute and post your own comments about this cartoon here. 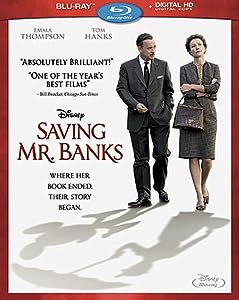