Additional Information about the TV Cartoon How The Grinch Stole Christmas! 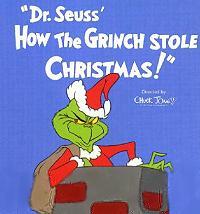 How The Grinch Stole Christmas!

How The Grinch Stole Christmas!

by Dave Koch Post your Comments or Review
This page has been viewed 2493 times this month, and 22099 times total.
>Unknown Tag: 'short_stud_crew'

Songs include "You're a Mean One, Mr. Grinch" and "Trim Up the Tree."

Theodor Seuss Geisel initially felt that Karloff's portrayal of the Grinch might be too scary, and wanted someone else to voice him. His voice was altered by removing the highs and resulting in the more gravely voice now in the film. This separated the Grinch's voice from the narrators, and Ted Geisel approved of the changes.

Boris Karloff was not only the voice actor for the Grinch, but his facial expressions were sketched by the artists to provide visual models for the Grinch's characterizations.
Traditional, Hand-drawn Animation.

This unpretentious 1966 TV special still holds up beautifully. I know adults who can recite entire scenes by heart. Veteran cartoon director Chuck Jones knew he had tapped into something special. In an interview I had with him a few years ago (sorry, I have to toot my own horn here), he told how he understood the importance of audience identification. "Everyone hates Christmas a little," he said. "To find a character who 'hates Christmas a lot' is a real find!"

And he was right. As the children who saw this special as a kid (yours truly included) grow older, they are assaulted by the same commercialization that Charlie Brown complained about in his own Christmas special. Thus, it unfortunately becomes very easy to identify with this Grinch who plots to steal Christmas from an entire town and dump it off a nearby mountain 50,000 feet high.

Perhaps it's this very grim take on a beloved holiday that saves this special from the sugariness that sapped the life from future Dr. Seuss specials. Even though The Grinch's dog Max (a continuing victim in Grinch's plotting) and Cindy-Lou Who (to whom The Grinch, dressed as Santa Claus, blatantly lies) tread the border of treacliness, we never forget that that nasty old Grinch is the main character in this story.

Much of this is helped along by superb voice characterizations. Boris Karloff gives the perfect bite to The Grinch's voice, and he also narrates the story wonderfully. And Thurl Ravenscroft, best known as the voice of Tony the Tiger in Kellogg's TV commercials, immortalized the song "You're a Mean One, Mister Grinch" for a generation of cartoon-lovers. (If you ever get a chance, listen to the Whirling Dervishes' alternative take on this gem.)

Many of the Christmas specials we loved as kids, sadly, don't hold up so well for us in later years. (For me, the Rankin/Bass version of Rudolph the Red-Nosed Reindeer sounds like it was recorded in a lavatory.) The Grinch, perhaps because he started out so old to start with, never seems dated.

Do you have anything to add to this page? Have we made any mistakes... or do you have any additional information about How The Grinch Stole Christmas!? If so, we would love to hear from you. Please send us a quick note with your additions or corrections to this page, and we will make the corrections as soon as possible!

Below are comments about this cartoon submitted by people who have seen this show. Take a look and see what others have said about How The Grinch Stole Christmas!. We want to know what you think, too!! Feel free to share your own opinion- we do want to hear from you! You can add your own comments here.

Comments By: prodougie
This is as good as it gets... The verse, animation, songs, characterizations, comedy, suspense, and underlying message are all perfectly rendered... and NOBODY can beat Boris Karloff as Narrator/Grinch!! In a word: AWESOME!!! ...  (read more)
5 of 43 people found this comment useful

Comments By: garion
The best of all, loved by Adults and Kids.
2 of 33 people found this comment useful

Comments By: toonwizz
The grumpy old Grinch is right up there with Rudolph, Frosty and Charlie Brown as one of the best all time christmas specials around. It doesn't even have to be anywhere near christmas time for me to enjoy this cartoon. This christmas past, my 3 year...  (read more)
3 of 33 people found this comment useful 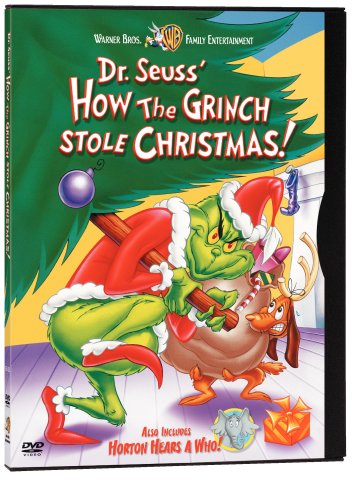