Additional Information about the TV Cartoon The Midnight Zone 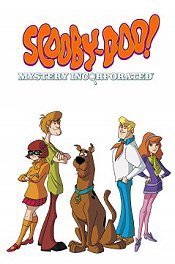 by Dave Koch Post your Comments or Review
This page has been viewed 62 times this month, and 654 times total.
>Unknown Tag: 'short_stud_crew'

Fred, Daphne, Velma, Shaggy and their talking dog Scooby-Doo are back, solving mysteries in the spooky town of Crystal Cove, a sleepy coastal village that boasts a long history of ghostly sightings, werewolves and glowing deep sea divers.

When Frank Sinatra sang "Strangers in the Night," did he know he would inspire the name for the longest-running cartoon on network TV? Probably not. Nonetheless, that Great Dane named Scooby-Doo (as in "dooby dooby doo") has appeared on television under no less than twelve titles.

It all began in 1969 as Scooby-Doo, Where Are You? The travelling companion of four hep-cat teenagers, Scooby-Doo helped solved mysteries while simultaneously murdering the English language (though the fact that he could even speak should count for something). Scooby's best friend was the skinny, goofy Shaggy, with whom he shared a love for Scooby snacks, among other delicacies. Also along for the ride was the much hunkier Freddy, the babeslicios Daphne, and Velma, the brainy girl who did most of the mystery cracking.

The inexplicable fivesome tooled around in the Mystery Machine (a groovy painted van), ending up in some pretty creepy towns menaced by ghosts, ghouls or mummies. Freddy would "take the girls," leaving Scooby and Shaggy to fend for themselves, usually ending up in each other's arms out of fear. After an extensive chase scene/musical sequence, the villain would be caught, reveal his true identity and curse those meddling kids for foiling his plans.

This incarnation lasted for two seasons before reruns took over. From 1972 to 1974, the show became The New Scooby-Doo Movies. This format had the kids meeting up with such guest stars as Mamma Cass, the Globetrotters, Sonny and Cher, and Don Knotts (all playing themselves) to solve more mysteries.

For one season in 1976, the gang became half of The Scooby-Doo/Dynomutt Show, sharing the bill with the "robonic" Dynomutt and his human superhero partner, The Blue Falcon. Scooby's gang was joined by Scooby's cousin Scooby-Dum, who (you guessed it) was dumb.

From '76 to '80, Scooby was granted ninety minutes under the title Scooby's All-Star Laff-A-Lympics (later renamed Scooby's All-Stars). This show featured a plethora of Hanna-Barbera characters dating as far back as the 50's engaged in a variety of competitions.

In addition to rerunning Scooby-Doo, Where Are You? in 1978, ABC paired Laff-A-Lympics with a new show, Scooby and Scrappy-Doo. This show introduced Scoob's short and confident nephew, who, though younger than Scooby, had much clearer speech. In 1980 the cowardly elder Doo was paired with a famous mini-millionaire in The Richie Rich/Scooby-Doo Show.

Scooby and Scrappy were still together in 1982, but now they split their time with another canine in The Scooby and Scrappy-Doo/Puppy's New Adventures Hour. Joining these new shows were airings of reruns now called The Best of Scooby-Doo. In 1984 The New Scooby-Doo Mysteries (which brought back the teens as well as holding on to Scrappy) were aired, as were a bunch of reruns, this time called Scary Scooby Funnies.

In The 13 Ghosts of Scooby-Doo (1985-86), Scooby, Scrappy, Shaggy and Daphne were joined by 9-year-old Flim Flam. The group, helped by warlock Vincent Van Ghoul (Vincent Price), fought off wicked sorcery. That season the Great Dane could also be seen in another rerun collection, Scooby's Mystery FunHouse. In 1986 Scooby could only be seen in reruns of Laff-a-Lympics.

The airwaves were deprived of Scooby for two years. Then, in 1988, a new show called A Pup Named Scooby-Doo was produced. Like many cartoons of the time, this show took familiar characters back to their early years. Thus, Shaggy, Freddy, Velma and Daphne were now preteens. Scooby, of course, was but a pup. This version had the kids constantly running into the character Red Herring (wink, wink), whom the gang always suspected of committing crimes. This show ran in reruns until 1993, when it finally left network television.

And then, the Scooby dry spell. Ten years of now new Scoobs. OK, sure, we had the occasional direct-to-video releaese with the Mystery Crew, but no more reegular television. Ninally, in 2002, we got What's New, Scooby-Doo?. This is also the first show since Scooby-Doo and Scrappy-Doo to contain the gang in it's original format: Fred, Daphne, Velma, Shaggy and Scooby-Doo.

Shaggy & Scooby-Doo Get a Clue! saw the first real redesign the crew has ever seen. The best way to describe the new look is to just avoid it altogether.

Scooby-Doo! Mystery Incorporated is the most recent version of the show. Back to the original models (thanks GOD!). Fred, Daphne, Velma, Shaggy and their talking dog Scooby-Doo are back, solving mysteries in the spooky town of Crystal Cove, a sleepy coastal village that boasts a long history of ghostly sightings, werewolves and glowing deep sea divers.

It's interesting to note that while the show itself underwent many changes, the characters did not. Aside from a modified Daphne appearing in The 13 Ghosts of Scooby-Doo, the gang retained their late-sixties garb well into the eighties and nineties. This included knee-highs, a mini-skirt and lumpy turtleneck sweater for Velma, a rockin' minidress and head scarf for Daphne, and groovy bell-bottoms for the guys. Scooby remained in his natural canine glory.

Scooby-Doo may have left Saturday morning, but his work is far from over. Scooby continues to answer the call, appearing semi-regularly in direct-to-video cartoon features. As long as mysteries need solving, Scooby-Doo will come through (and then he'll have himself a Scooby Snack... that's a fact).
2D CG Animation.

Do you have anything to add to this page? Have we made any mistakes... or do you have any additional information about The Midnight Zone? If so, we would love to hear from you. Please send us a quick note with your additions or corrections to this page, and we will make the corrections as soon as possible!

Do you love The Midnight Zone, or do you think it is the worst cartoon ever? Let us know what you think! Surely you have an opinion... so share what you think. Take a minute and post your own comments about this cartoon here. 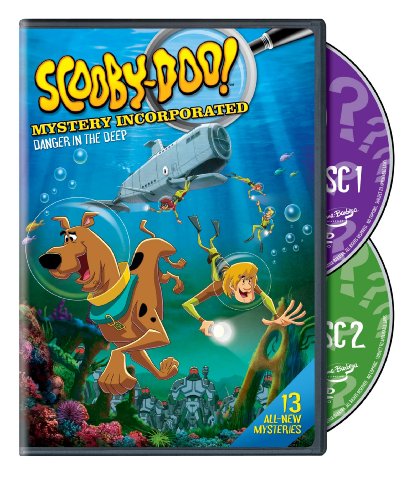