Other Studios : I : Illumination Entertainment : Minions 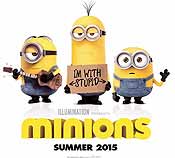 by Dave Koch Post your Comments or Review
This page has been viewed 3415 times this month, and 12767 times total.
>Unknown Tag: 'short_stud_crew'

The film is an original story that will repeat characters that originated in Despicable Me, but which will introduce new characters as well. The new movie will feature the yellow fellows' shenanigans as they deal with human characters.

CG 3D animation will be done in Paris by Illumination Mac Guff, which Universal purchased last fall to do the work for Illumination's family films.

Do you have anything to add to this page? Have we made any mistakes... or do you have any additional information about Minions? If so, we would love to hear from you. Please send us a quick note with your additions or corrections to this page, and we will make the corrections as soon as possible!

Below are comments about this cartoon submitted by people who have seen this show. Take a look and see what others have said about Minions. We want to know what you think, too!! Feel free to share your own opinion- we do want to hear from you! You can add your own comments here.

Comments By: jim
Greetings: Without doubt one of the most creative and funny pieces of animation since Ross Bagdasarian and The Chipmunks. Hilarious.
0 of 49 people found this comment useful 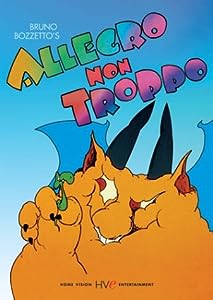