Additional Information about the TV Cartoon The Long Hot Winter

by Dave Koch Post your Comments or Review
This page has been viewed 434 times this month, and 2222 times total.
>Unknown Tag: 'short_stud_crew'

Top Cat has the distinction of being one of the few animated series to debut in prime time. After one season, it was moved to Saturday mornings, and was met with huge success.

Essentially, Hanna-Barbera took Phil Silvers' popular character from the hit prime-time sitcom Sgt. Bilko and turned him into a cat. T.C. and the gang (Benny, Choo Choo, Fancy-Fancy, Spook, and The Brain) lived on the streets of Manhattan and were always in search of a free lunch, figuratively and literally. Their main obstacle was Officer Dibble, who had an extreme dislike for the crafty cat and his schemes, especially when they involved using the police phone for personal calls. The Sgt. Bilko connection was strengthened by the fact that Maurice Gosfield, who played Doberman on the sitcom, voiced Benny, T.C's right hand cat.

Like The Flintstones, Top Cat was written for adults and children alike, since it was initially shown during the family hour on a weeknight. This particular programming effort made the scripts stronger than your average cartoon, relying less on overused cartoon cliches and more on character. Unfortunately, T.C. didn't do well in prime time, but when he and the gang moved to Saturday mornings, the show found a loyal audience, who still remember it fondly.

The name of this show became "Boss Cat" when it ran in the United Kindgom to avoid confusion with a British cat food called Top Cat.
Traditional, Hand-drawn Animation.

Do you have anything to add to this page? Have we made any mistakes... or do you have any additional information about The Long Hot Winter? If so, we would love to hear from you. Please send us a quick note with your additions or corrections to this page, and we will make the corrections as soon as possible!

Do you love The Long Hot Winter, or do you think it is the worst cartoon ever? Let us know what you think! Surely you have an opinion... so share what you think. Take a minute and post your own comments about this cartoon here. 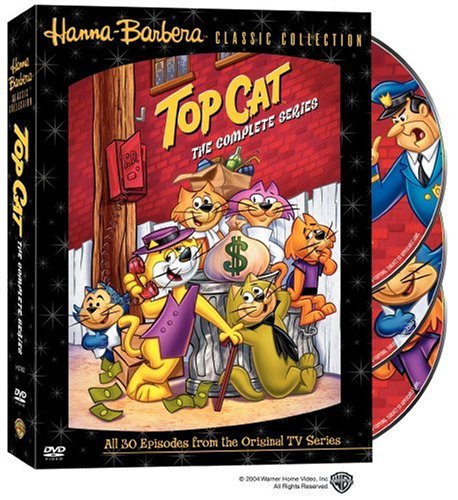