by Dave Koch Post your Comments or Review
This page has been viewed 132 times this month, and 681 times total.
>Unknown Tag: 'short_stud_crew'

The series formerly known as Aqua Teen Hunger Force is one of the most popular and longest-running original series on Adult Swim and has been retooled for glory and renamed Aqua Unit Patrol Squad 1. Show creators Dave Willis and Matt Maiellaro felt that after 100+ episodes, they really didn't like the name. Now Frylock, Master Shake, Meatwad and their smelly neighbor Carl appears under a new banner and new theme song, which was written, composed and performed by Joshua Homme (Queens of the Stone Age) and Alain Johannes. The closing theme shred guitar performance is by co-creator Maiellaro. The cast also does a lot of the things they've done over the past 10 years: look for a new place to put their stuff, pay rent, make gut-wrenching decisions and talk about life while sipping herbal tea.
2D CG Animation.

Do you have anything to add to this page? Have we made any mistakes... or do you have any additional information about Freedom Cobra? If so, we would love to hear from you. Please send us a quick note with your additions or corrections to this page, and we will make the corrections as soon as possible!

Do you love Freedom Cobra, or do you think it is the worst cartoon ever? Let us know what you think! Surely you have an opinion... so share what you think. Take a minute and post your own comments about this cartoon here. 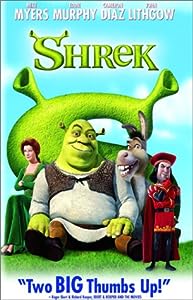