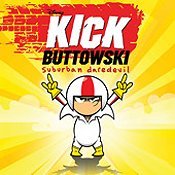 by Dave Koch Post your Comments or Review
This page has been viewed 121 times this month, and 481 times total.
>Unknown Tag: 'short_stud_crew'

"Kick Buttowski - Suburban Daredevil" follows Clarence "Kick" Buttowski, an extraordinary kid living in the world's most ordinary town. Determined to become the world's greatest daredevil, Kick rebels against the mundane and knows that when life throws him an obstacle, his only choice is to jump it. Small in stature but big in heart, Kick makes the most out of his suburban surroundings by devising such stunts as riding down Dead Man's Drop on an ironing board or racing the school bus with a soda-powered jet pack. If one of his stunts goes awry, Kick responds with his customary "I'm good!" then picks himself up and tries it again. Aided by his loyal sidekick, Gunther, Kick takes on every stunt with unwavering enthusiasm.
2D CG Animation.

Do you have anything to add to this page? Have we made any mistakes... or do you have any additional information about Switching Gears? If so, we would love to hear from you. Please send us a quick note with your additions or corrections to this page, and we will make the corrections as soon as possible!

Do you love Switching Gears, or do you think it is the worst cartoon ever? Let us know what you think! Surely you have an opinion... so share what you think. Take a minute and post your own comments about this cartoon here. 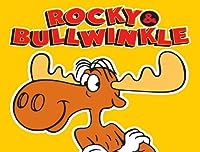