by Dave Koch Post your Comments or Review
This page has been viewed 332 times this month, and 1754 times total.
>Unknown Tag: 'short_stud_crew'

Proving that we indeed are a one-world community, NBC president Fred Silverman bought the rights to the Flemish created characters known as the Smurfs and turned them into one of the most successful and smurfiest cartoons ever to hit the air. Created by cartoonist Peyo Culliford in 1957, the Smurfs (called Schtroumpfs in their homeland) had already become popular as American toys when Silverman got the idea of turning the little blue guys into a bunch of big green.

The Smurfs were a group of over 100 dark blue, three-apple tall humanoids who lived in the mushroom homes of Smurf Village. They were led by 543-year-old Papa Smurf (who didn't look a day over 530). Their lives would have been perfect were it not for the villainous Gargamel, a wizard who spent his days trying to capture the wee creatures. Gargamel's cat Azrael added to the menace, always looking for a smurfalicious snack.

The single-emotioned Smurfs-including Brainy, Jokey, Vanity, Grouchy and Clumsy-were later joined by Grandpa Smurf and five Smurflings, who went back in time to become youngsters. Gargamel, too, got a friend in the form of the unscrupulous Scruple.

In 1982 the Culliford characters Johan and his aide Peewit ("Peewee" to U.S. kids) were given their own segments during the expanded, 90-minute Smurfs, but the two humans simply weren't as smurfy as their tiny friends, and thus did not last.

Despite its incredible popularity, The Smurfs actually encountered some controversy. Some adults considered the show quite sexist in its use of the one original female character, Smurfette, who was created by Gargamel as a way to fool the other Smurfs. In reaction to the criticism, the siren was changed into a sweetie via some Papa Smurf magic, and later seasons brought further Smurf femmes like Sassette.

Perhaps the most memorable feature of the show was the use of the word "smurf" in every possible tense and construction. For instance, it wouldn't be unusual to hear a Smurf remark something like, "It's such a smurfy day, I think I'll go smurfing in Lake Smurf."

In any case, the show won two Emmys as Outstanding Children's Entertainment Series and, in 1987, actually did a message episode. In an anti-drug show, Poet Smurf became addicted after rubbing a witch's magic orb, requiring the help of Papa and the gang to overcome his problem.

The Smurfs hit the silver screen in 1984 with La Flûte à Six Schtroumpfs (The Smurfs and the Magic Flute). The film was actually a dubbed version of an older Belgian Schtroumpfs feature, and our teeny weeny heroes didn't even appear until a ways in. The film flopped, but the cartoon continued to rule Saturday morning for the better part of the decade.

In 1989, in an attempt to save the nearly decade-old show, the producers had the Smurfs leaving Smurf Village to visit various times and locations. Fans were smurfed off. The show was cancelled after that season, surviving only in the syndicated package titled The Smurfs' Adventures.
Traditional, Hand-drawn Animation.

Do you have anything to add to this page? Have we made any mistakes... or do you have any additional information about Sorcerer Smurf? If so, we would love to hear from you. Please send us a quick note with your additions or corrections to this page, and we will make the corrections as soon as possible!

Do you love Sorcerer Smurf, or do you think it is the worst cartoon ever? Let us know what you think! Surely you have an opinion... so share what you think. Take a minute and post your own comments about this cartoon here. 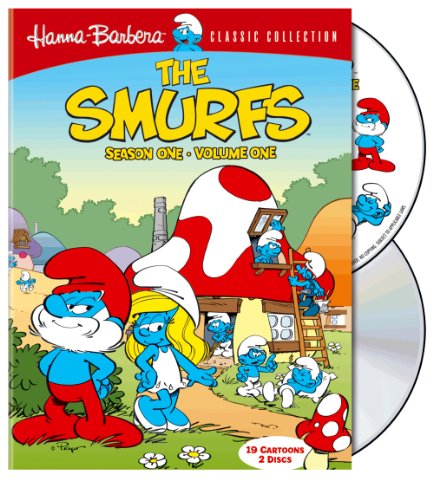