by Dave Koch Post your Comments or Review
This page has been viewed 660 times this month, and 4777 times total.
>Unknown Tag: 'short_stud_crew'

Alternate Titles: "借りぐらしのアリエッティ" and "Kari-gurashi no Arietti."
English Titles: "The Secret World of Arrietty" and "The Borrower Arrietty."

This film is animator Hiromasa Yonebayashi's debut as a director at Studio Ghibli. He is the youngest director to date of a project from this studio.

This film in various forms, has been in development by Hayao Miyazaki and Isao Takahata for the past 40 years.

In its original release in Japan, the film was seen by over 7.5 million people, an all-time record in Japan for a movie with a first time director.

French singer Cécile Corbel, a big fan of Studio Ghibli's films, had sent the studio her second album as a gift back in 2009. Toshio Suzuki listened to it, was seduced and thus decided to hire her to compose the film's score. 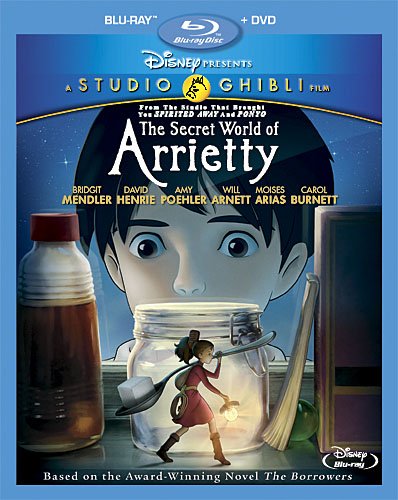