Post your Comments or Review
This page has been viewed 91 times this month, and 1154 times total.
>Unknown Tag: 'short_stud_crew'

Now in their third season- the first two in Josie and the Pussycats- those cartoon hotties in catsuits boldly went where no all-grrrl band had gone before. Josie, Melody, Valerie, manager Alexander Cabot III, his sister Alexandra, well-chiseled Alan, and band mascot Sebastian the cat somehow ended up locked in a NASA capsule and rocketed to space.

The new setting brought new adventures and a new friend, Melody's pet space alien, Bleep, from the planet Zelcor. Unfortunately, the interplanetary hook didn't play out like Hanna-Barbera had hoped, and after sixteen episodes, it was back to earth for Josie and pals.
Traditional, Hand-drawn Animation.

Do you have anything to add to this page? Have we made any mistakes... or do you have any additional information about Alien Allan? If so, we would love to hear from you. Please send us a quick note with your additions or corrections to this page, and we will make the corrections as soon as possible!

Below are comments about this cartoon submitted by people who have seen this show. Take a look and see what others have said about Alien Allan. We want to know what you think, too!! Feel free to share your own opinion- we do want to hear from you! You can add your own comments here.

Comments By: IrockGswift28
This episode shows that their leader Allan became a servant for magno,and Josie and the gang were on their own. This is the first episode that Josie had to take over as the leader until they freed her...  (read more)
0 of 9 people found this comment useful 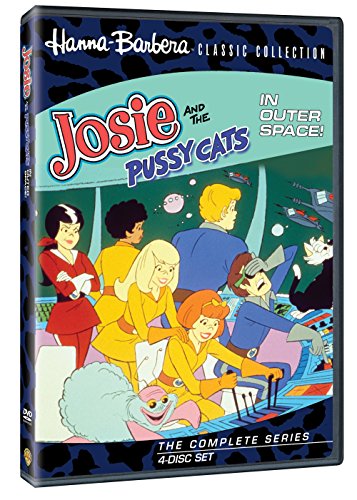