Alternate Title: The Secret Plan And The Blue Hand

Kenji Kamiyama, acclaimed director of the "Ghost in the Shell: S.A.C." series, succeeded in incorporating modern issues such as refugees, nuclear weapons and terrorism into the sci-fi world. In his new project, "Guardian of the Spirit," he daringly rearranged the intense Asian-flavored fantasy atmosphere of the original novels written by Nahoko Uehashi, tracing a continuity line with the the reality of our world.

The TV series is based on the first two books, "Guardian of the Spirit" and "Guardian of Darkness," and Kamiyama personally worked on the screenplay.

Balsa, a female bodyguard bearing a short spear as her weapon, visits the New Yogo Empire after a long time. Here she assists to an incident, and saves a young boy. His name is Chagum, and he is no less than the second prince of the Empire. But his fate seems to be even greater than his rank: inside the boy's body, lays the egg of the Water Spirit, thus making him the Guardian of the Spirit, an event that happens only once in one hundred years.

The Second Queen, sensing that Chagum's father, the Mikado, did not welcome the situation and would try to eliminate the boy, desperately asks Balsa to become Chagum's bodyguard and take him to a safe place.

Undertaking a job that puts her life at risk and turns the whole Imperial Court her enemy, Balsa makes her escape from the palace with Chagum. But entities from a parallel dimension, called Nayugu, are also after the two fugitives. Their aim appears simple and frightening at once: they want to devour the egg within Chagum's body.

Their flight from tenacious pursuers has just begun.

Do you have anything to add to this page? Have we made any mistakes... or do you have any additional information about Hisaku, Aoi Te? If so, we would love to hear from you. Please send us a quick note with your additions or corrections to this page, and we will make the corrections as soon as possible!

Do you love Hisaku, Aoi Te, or do you think it is the worst cartoon ever? Let us know what you think! Surely you have an opinion... so share what you think. Take a minute and post your own comments about this cartoon here. 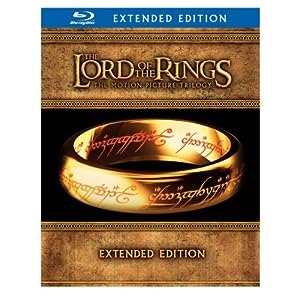 The Lord of the Rings: The Motion Picture Trilogy More DVD's