Additional Information about the TV Cartoon The Lost Dorgyte

Post your Comments or Review
This page has been viewed 653 times this month, and 1954 times total.
>Unknown Tag: 'short_stud_crew'

King Zandor and Queen Tara were constantly defending their planet, Amzot (Quasar in later versions), and all its tiers of society, from the attacks of alien invaders. For this formidable task, the King and Queen employed the help of five extraordinary "Herculoids," a group of odd creatures that showcased some of the most inventive animation ever found on a Hanna-Barbera series.

Tundro was a "tremendous," a ten-legged dinosaur with a cannon for a horn. Tundro's cannon shot out energy rocks, which had the power to explode on contact. Zok, the space dragon, had equally effective weaponry, with eyes and a tail that could fire out power rays. The indestructible Igoo had the appearance of an ape but was made of rock, while Gloop and Gleep were Shmoo-like blobs that could assume any shape. The morphing twosome could multiply, withstand power beams, and be used as giant slingshots- the possibilites were endless.

Zandor and Tara may have employed the help of the Herculoids, but they could hold their own in a fight if the need arose. Zandor, who wore green trunks and gold bracelets, was as skillful with energy rocks as Tundro was- though lacking a cannon on his head, he needed to use a slingshot. The King's shield not only acted as a boomerang, but worked as a parachute as well. Tara was no slouch of a marksperson herself, and even their son Dorno was adept at slinging those exploding rocks.

Each week, this impressive group of eight would fight off such villains as the Faceless People, the Beaked People, and the Mutoids.

Parts of the show appeared in repeats as a segment of Go-Go Globetrotters, and in 1981, the show was resurrected using all the original voices (except Ted Eccles) on Space Stars.
Traditional, Hand-drawn Animation.

Do you have anything to add to this page? Have we made any mistakes... or do you have any additional information about The Lost Dorgyte? If so, we would love to hear from you. Please send us a quick note with your additions or corrections to this page, and we will make the corrections as soon as possible!

Do you love The Lost Dorgyte, or do you think it is the worst cartoon ever? Let us know what you think! Surely you have an opinion... so share what you think. Take a minute and post your own comments about this cartoon here. 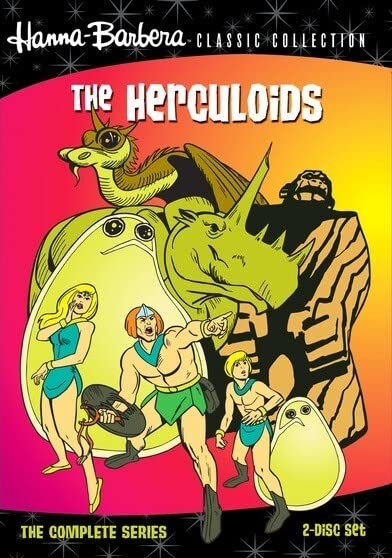