Additional Information about the Feature Film Rise Of The Guardians

Rise Of The Guardians

Rise Of The Guardians

Alternate Title: The Guardians Of Childhood

by Dave Koch Post your Comments or Review
This page has been viewed 1486 times this month, and 12529 times total.
>Unknown Tag: 'short_stud_crew'

Based on "The Guardians of Childhood," a forthcoming series of 13 books by William Joyce. The film takes place about 200 years after the books, and shows how the characters function now. Joyce explained: "Because I don't want people to read the book and then go see the movie and go 'oh, I like the book better', and I also didn't want them to know what happens in the movie."

In 2005, Joyce teamed with Reel FX to form Aimesworth Entertainments. The joint venture was to produce CG-animated feature films, including The Guardians of Childhood. In 2009, DreamWorks bought the rights to the film and began production, replacing the original director Jeff Lynch with Peter Ramsey and co-director William Joyce.

Originally planned as a November 2, 2012 release, but DreamWorks Animation pushed the film to November 21, 2012 to avoid direct competition with Pixar's upcoming Monsters University (which, ironically, has now been pushed back to June 21, 2013).

This was to have been the first voice role in animation for Leonardo DiCaprio, who was originally attached to portray Jack Frost (the character's name was changed to Jack Frosty).

"The compelling thing about it (is) the notion that this project, in a very special way, taps into one of the most important part of not just being human but a child, which is that world of imagination," Ramsey said of the movie. "When you're a kid, you kind of figure where you belong, where you are, the boundaries of what's real and what's not and the world that's operating just outside your vision," he added. "When you're a kid, these things are real. That is the core idea that first got me very excited. Almost before you can talk, you know Santa Claus, the Easter Bunny, the Tooth Fairy. I did, and I passed it to my kids. It's a big thing.... if kids don't believe in the guardians, they cease to exist."
Estimated budget of $145 million.
This film made $307 million[ in it's initial theatrical release.
3D CG Animation.

Do you have anything to add to this page? Have we made any mistakes... or do you have any additional information about Rise Of The Guardians? If so, we would love to hear from you. Please send us a quick note with your additions or corrections to this page, and we will make the corrections as soon as possible!

Do you love Rise Of The Guardians, or do you think it is the worst cartoon ever? Let us know what you think! Surely you have an opinion... so share what you think. Take a minute and post your own comments about this cartoon here. 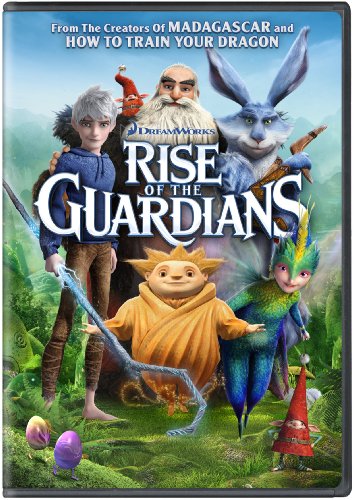 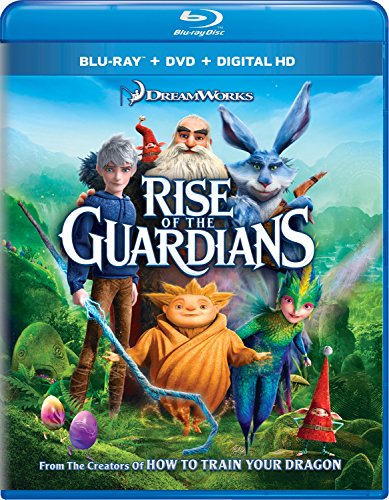