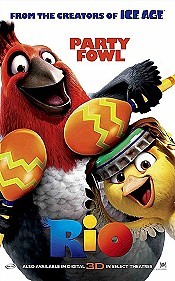 by Dave Koch Post your Comments or Review
This page has been viewed 3189 times this month, and 19393 times total.
>Unknown Tag: 'short_stud_crew'

Rio opened here last night and it was with a great deal of pleasure and relief to watch after the awfulness of Hop. Rio is a genuine animated feature unlike Hop, and it has one thing over the bunny disaster....namely quality!!

I wouldn't go as far to say that Rio is great because it doesn't quite lift itself into that league. It is made by the same people who brought us the Ice Age trilogy. I'm not overly fond of Ice Age as the animation isn't quite to my taste, but I do admire the skill invovled in its making, and hence, they are still worth watching. I found the animation in Rio a step ahead of Ice Age and is of a very high calibre. It isn't Rango territory, or Pixar even, but it is well above that of the recent Gnomeo and Juliet. Overall though Rio offers nothing new animation or plot wise. But this doesn't mean Rio is a failure, because it isn't. It is standard fare and I have found over the years that an animated feature like this is still of a consistently high standard. And unlike Hop Rio is a movie that all ages will enjoy. It is aimed at the younger generations to be sure, but any adult will get enough out of it and not be horrified to have to sit through 90 minutes of awfulness for the kiddies sake. I think most adults will actually like Rio but not rave about it. There is certainly enough 'grown up 'humour to be invovled in with references to other movies and the likes if you are attentive enough to catch them. In one scene a bunch of monkeys is beaten up by a bunch of birds, with one bird saying, ' yippy i a, monkey fella'....Die Hard anyone??!!!

The movie moves along very quickly and I think the young ones will be hard pressed to fidget and squirm as there won't be time! The animation as stated is good and I think the kidddies will love it. Rio de Janiero is coloured beautifully whether day or night, and the 'carnival' atmosphere adds a palpable and colourful backdrop. Rio as a movie based in South America has captured the sight and sounds wonderfully even though everyone speaks English. But hey, it is more for the kids so what does it matter?!

The characters, especially the two main protagonists, a pair of Blue Macaws are likeable. Blu is well voiced by Jesse Eisenberg who perfectly captures his doubts and sheltered upbringing ( he is a bird who can't fly and has to learn in order to save his friends at the end of the movie ). The nasties are nasty and get their just desserts in the end. There is not one dud or out of place character which helps the movie move along well. All standard stuff from an animated feature and of course sublimiley aimed at the young ones, which I don't have a problem with. Surprisingly there are two songs in Rio which I wasn't expecting and very Disney like. I'm not overly fond of singing in animation but in Rio they are fitting and still humourous enough to not stop the flow of the movie.

So in Rio it is all there. The humour, the plot of looking out for your family and friends, any number of sight gags that all ages will love, and some very good animation. Rio is a very colourful movie and I think the kids will be very engaged by that alone. It is a fast pace homorous colour fest, with the usual array of good and bad characters. Blu's fellow, and very female, Macaw, voiced by Anne Hathaway, reminded me a girl I knew years ago who had the most beautiful blue, and heartbreaking, doe eyes. I really enjoyed her character as the makers really made her very female to look at! Her eyes are lovely and she is a real charmer as a character, very independant and full of life. Blu's owner too is the very typical animated female with a gorgeously cliqued, perfect figure!! But hey, again, it is animation and it is escapism, so why can't there be an animated babe!!

If I was to grade Rio I would give it 7/10. It is all there as I have stated and is a very compentent feature. It is not in the great realm, but is well above average and is for all ages to enjoy. I think the kiddies won't be engaged so much dialogue wise as they will be color wise. It is quite something and even the oldies will admire what the makers have achieved. It may have a child like slant but any adult or parent who takes the kids to Rio will also enjoy it enough to make it a pleasant time out for all.

Another good quality animated feature that is for all. While it isn't in the great league it is certainly among the plethora of very good above average movies making the rounds. Rio can be watched over and over by the kids when released on DVD and not annoy the parents who will more than likely partake! Above average, enjoyable, fun for all.

Do you have anything to add to this page? Have we made any mistakes... or do you have any additional information about Rio? If so, we would love to hear from you. Please send us a quick note with your additions or corrections to this page, and we will make the corrections as soon as possible!

Do you love Rio, or do you think it is the worst cartoon ever? Let us know what you think! Surely you have an opinion... so share what you think. Take a minute and post your own comments about this cartoon here. 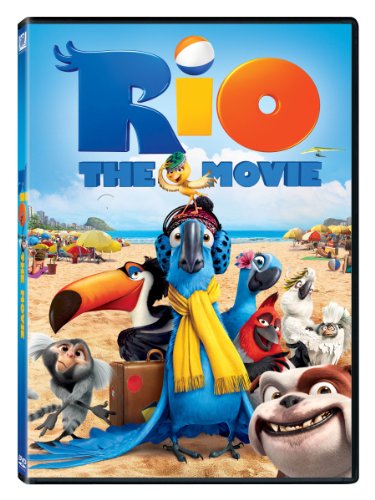 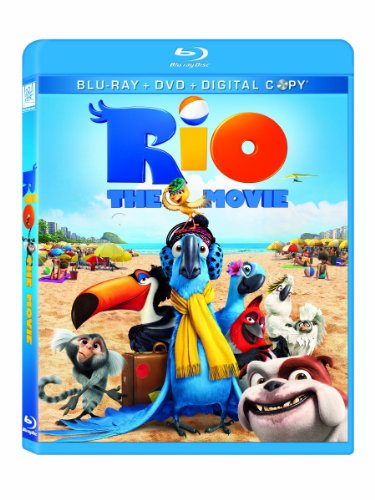