Paramount Pictures : Speaking Of Animals : In The Newsreels

Additional Information about the Theatrical Cartoon In The Newsreels

In The Newsreels (1944) - Speaking Of Animals Theatrical Cartoon Series

Post your Comments or Review
This page has been viewed 254 times this month, and 1012 times total.
>Unknown Tag: 'short_stud_crew'

The "Speaking of Animals" film short series is among the most entertaining animal shows ever to come out of Hollywood.

Through the use of cutting-edge special effects, "Speaking of Animals" married live-action film with animation in order to gift a vast array of animal species with the ability to talk, spin yarns, fire off one-liners and sing classic songs.

Some storylines are told with animals in full costumes performing in miniature movie sets. The winner of two Academy Awards as Best Entertainment Short Subject, these mini-movies (originally produced in black and white, utilizing the patented Duoplane Process) were paired with Paramount Pictures' most important feature films and proved so popular with audiences that they were often advertised on the theater marquee along with the main feature attraction (a very uncommon occurrence for short subjects).

Many of the episodes also incorporate learning and educational elements as presented by the talking animals themselves.

To combine live-action animals with their animated mouths, Fairbanks used a modified rear-screen projection process along with a rotoscope system. "Rotoscoping is a method by which the mouths of the animals were replaced by semi-animated human mouths," he recalled. "We would film live actors such as Mel Blanc and Sterling Holloway in black face with their lips painted white. That way, we could have just their lip movements visible on film. The images were then traced frame by frame, reshot as animation that in turn was matted into the actual animal footage.

"It was a rather tedious and long operation. We wanted it to look realistic, not just like some of the talking animal shorts, where a voice is simply dubbed in while the animal is chewing his cud. We had a credo. When the rotoscope was finished, we had to be able to read the words without sound."
Traditional, Hand-drawn Animation.

Do you have anything to add to this page? Have we made any mistakes... or do you have any additional information about In The Newsreels? If so, we would love to hear from you. Please send us a quick note with your additions or corrections to this page, and we will make the corrections as soon as possible!

Do you love In The Newsreels, or do you think it is the worst cartoon ever? Let us know what you think! Surely you have an opinion... so share what you think. Take a minute and post your own comments about this cartoon here. 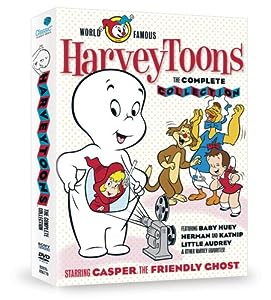