Post your Comments or Review
This page has been viewed 4209 times this month, and 19346 times total.


Things Have Not Changed

Coal Black Is Still The Case In American Media

I am a (white) producer/director, entertainment attorney, and have had the task for many years of managing and directing African-American actresses. Interesting about Coal Black is that apart from some of the terminology, NOTHING has changed in regard to the attitudes about black women in this country, since the day the cartoon aired. I have read the commentaries about what Coal Black means, and I agree. I DON'T agree however, with the misguided assumption that attitudes have changed. For instance, it is seldom we see a pretty black woman cast beside a pretty white female lead; the black females the media allows to have awards and media careers are overrepresented as obese and funny looking; roles for them are still overwhelmingly the slut and prostitute; black entertainment from people allowed by the mainstream to succeed - such as Tyler Perry - support theses same assumptions. No, as another commentator alluded to, we have NOT come a long way...
5 of 59 people found this review helpful

Coal Black is too much!

I am a huge fan of this cartoon for so many reasons. The music. The animation. The humor and WWII jokes. That cutie So White. The big lips on some of the characters hurt me at first, but then I was very able to get past that and see the positive of this cartoon and similar cartoons which far outweighed the negative. Some cartoons depicting blacks definitely offend me but this particular short has more positive and neutral elements than negative. As far as big lips go, I understand the concept of caricatures. Black people's full lips may be exaggerated to grotesque proportions, but white people's long noses are often exaggerated to grotesque proportions as well. Because they're CARTOONS, get it? Even the worst stereotypes depicted in the old cartoons aren't anywhere near as damaging as contemporary stereotypes depicted on BET and MTV. For me, these are the real minstrel shows. I'd like to copy and paste part of a letter I wrote to the Jim Crow Museum of Racist Memorabilia that sums up my opinion very well (pardon the anger and language but I was having a pretty bad day so I blew my top when I wrote it):

"Wow...I’m in a paroxysm of anger here; I can’t explain this eloquently, but hopefully you’ll understand. I am a teenage black girl who has to deal with embarrassing stereotypes and ignorance everyday. You know, it really infuriates me is the cliche "We’ve come a long way." That's very naïve. The stereotypes of the past such as watermelon, toms, and mammies have been replaced with much worse stereotypes such as bucks, wanton jezebel sluts, "smokin’ crack and rapin’ b*tches," etc. I think the bigger problem here is modern-day minstrelsy, and it’s not being emphasized enough in your museum. And what’s even worse is that these modern stereotypes are self-debasing ones that blacks bring upon themselves, and whites and black youth glorify this sh*t. The moral decay in black America (and all of America) makes me want to vomit. It also imposes an inferiority complex on black youth. I have a great disdain for hip-hop and modern-day minstrel "coons" such as Snoop Dogg and Kings of Comedy, not because I hate my people, but for the complete opposite reason. And all of this so-called political correctness bullsh*t -- they’ll waste all this effort censoring a blackface bunny in a Looney Tunes cartoon, but they'll regard these rap videos and degrading vulgar low comedy as acceptable? "

And if hating rap and our country's moral decay makes me a prude, so be it. My mama and dad raised me to have some integrity. I'm not saying you have to hate rap yourself, but you sure as heck better not approve of rap and then badmouth Coal Black. Then not only would you be a hypocrite but you'd be depriving the world of great cartoons and music. And while fortunately there's some decent educated balanced reviews on Coal Black you wouldn't believe the slander and biased negative slant it has on certain articles- like wikipedia and this other extremist blogger crumb named Yolanda something. Isn't it about time the reign of political correctness as fallen? I look foward to the day where I can watch Coal Black in hi-res on DVD. And let's get CB's killer-diller soundtrack on CD already! Oh yeah, and defense of one of my favorite cartoon characters, So White isn't a ho. She's just sexy and flirty and knows how to flirt her way out of trouble- Black Betty Boop. Notice the double standard- she's no more sexual than Betty Boop but just because she is black she is immediately labeled as some "lascivious jezebel". Chick from Hallelujah was a jezebel. Lil' Kim and the rap video chicks are jezebels. Foxxy Love from Drawn Together was a jezebel. But So White? Just a 40's pinup sweetheart and just as pretty as Ms. Boop and the Disney princesses. Betty Boop's babydoll face, Betty Grable's legs/skirt, and Jane Russell's curves-in pure chocolate-voiced by Dorothy Dandridge's equally cute (IMO) sister. Yowza!

Conclusion: I dig Coal Black and ALL OF YOU HATERS STOP BRINGING IT DOWN AND SLANDERING IT! It’s a free country for the rest of us too you know.

18 of 75 people found this review helpful

It's been said that you can't know where you're going unless you know where you came from. This 1940s era cartoon, at the time it was released, was considered "OK" ... and kids today need to know that this era was an era of ambivalence toward racial stereotypes. It would help them to understand the civil rights movement a whole lot better.

Having said that ... and for the moment, disregarding the racial stereotypes (not to mention the politically incorrect word for short people in the title), there is one thing that amazes me about this cartoon.

Clampett drew the heroine, So White, as an incredibly well-built young woman. And, he drew her wearing a micro-mini-skirt that would have raised eyebrows even in the 1960s (in a 1940s cartoon). I was born in 1950 so I don't know how this cartoon was received when it was released. But, I'm wondering if there was any flak from parents (or censorship groups) over Clampett's choice of attire for the lead character?
6 of 63 people found this review helpful

Citizen Kane-? Fugeddaboudit--this is No. 1

Coal Black is simply stunning for all the right artistic reasons, and--I like this particularly--they really shove it up Disney's [snout]-! My favorite WB classic.
I can't add much to what's already been written by others, but I would remind the PC Police that they have only to watch the "WB" network and observe the capering of the black TV stars to see that Coal Black is not very different. And--when I no longer hear the "N" word blaring from the car speakers of black kids' cars, and they can summon the self-respect to retire that particular ephitet forever, I will begin to listen to all the criticism.
11 of 71 people found this review helpful

A masterpiece. A celebration of Jazz, Swing, and the American Spirit crammed into one of the most energetic pieces of animation ever made. Bob Clampett's legendary elastic animation style works perfectly. And So White ranks up there with Red Hot Riding Hood, Betty Boop and Jessica Rabbit as one of the sexiest characters in animation history.
While the 1940's caricatures and stereotypes in this picture are understandably offensive to many modern viewers, my advice is to try to see it in its historical context. We were at war, and it was common to make fun of our aggressors (as in fact, it still is today.) Black actors and musicians donated their talents to this cartoon, and saw it as a celebration of their culture rather than a put-down.
If you can see beyond the stereotypes, you will be rewarded with a great experience, an explosion of great music and perfect comedic timing. This is hard to find on video, but not impossible-you owe it to yourself to see this one if you can.

7 of 49 people found this review helpful 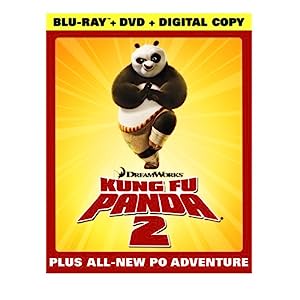