Post your Comments or Review
This page has been viewed 485 times this month, and 2513 times total.
See the Full Cast & Crew...

A boy becomes separated from his family by an evil Emperor. He grows up to become a samurai and, after many fantastic battles, avenges his family.

"The Littlest Warrior," "Anjo and Zushio," "The Orphan Brother."

The U.S. version ran for 70 minutes. Based on Ogai Mori's novel "Sansho Dayu" ("Sansho the Bailiff"), which Kenji Mizoguchi had made into a live-action film in 1954. The novel was itself inspired by a folk tale, which was adapted as one of the...  (more)

Sorry, we do not have a video of Anju To Zushio-Maru. If you have one, or know of one on Youtube, Vimeo or any other site, Let Us Know

Do you have anything to add to this page? Have we made any mistakes... or do you have any additional information about Anju To Zushio-Maru? If so, we would love to hear from you. Please send us a quick note with your additions or corrections to this page, and we will make the corrections as soon as possible!

Do you love Anju To Zushio-Maru, or do you think it is the worst cartoon ever? Let us know what you think! Surely you have an opinion... so share what you think. Take a minute and post your own comments about this cartoon here. 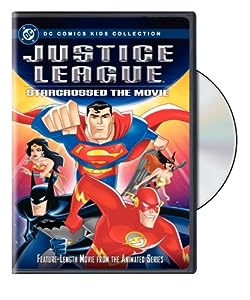