by Dave Koch Post your Comments or Review
This page has been viewed 3309 times this month, and 22888 times total.
>Unknown Tag: 'short_stud_crew'

The first feature to be released with a stereophonic soundtrack. This show had a limited-release premier run in 7 channel "Fantasound". In the original roadshow release, the film had an intermission and extra intro snippits.

The name of the character "Yen Sid" is "Disney" in reverse.

In 1990, Fantasia was one of 25 films added by the Library of Congress' National Film Preservation Board to the National Film Registry.

This was the third film in the official Disney list of animated films.
Estimated budget of $2.28 million.
This film made $83.3 million in it's initial theatrical release.
Traditional, Hand-drawn Animation.

The ambitious Fantasia began with Mickey Mouse. In the 1930's, Walt Disney watched as the gentle mouse's popularity was supplanted by the more flexible personality of Donald Duck. Walt acquired the film rights to Paul Dukas' The Sorcerer's Apprentice as a vehicle to reestablish Mickey's star status. As the short became more ambitious and expensive, Walt envisioned an animated "concert program" with The Sorcerer's Apprentice as its centerpiece.

In addition to pushing the limits of the creative and technical medium of animation (again), Walt also dreamed up an elaborate stereo sound system (called "Fantasound") to create a special "concert hall" feel. Because of the expense involved with the Fantasound presentation, the film opened in only 14 theaters nationwide. Critical and public reaction was mixed, the war effort curtailed the manufacture of further Fantasound systems, and the film was cut to 88 minutes and released in regular theaters.

It wasn't until after Walt Disney's death that Fantasia began to be revisited and regarded as an animation classic. The film saw a renewed popularity in a 1969 release aimed at college audiences and was reissued with a newly recorded digital soundtrack in 1982. The film was fully restored to a close approximation of its 1940 original for a 50th Anniversary theatrical (and 1991 home video) release.

With Fantasia, Walt Disney's creative vision for animation soared to heights he would never attempt again. The marriage of abstract imagery, classical music, and stereo sound proved too high-minded for the increasingly conventional audience. Disappointed by the critical and public response to the film, Walt's outlook on entertainment would never again reach the intellectual self-expression of Fantasia.

The Fantasound system won special certificates at the 1941 Academy Awards for Walt Disney, technicians William Garity and John N. A. Hawkins, and RCA. Leopold Stokowski was awarded an Oscar for achievement "in the creation of a new form of visualized music."

Many of the scenes in Fantasia, including Toccata and Fugue and The Nutcracker Suite attempt to animate the soft and otherworldly designs created by concept artists using pastel and chalk on black paper.

The Disney animators had been staging comic vignettes for 18 years; with Dance of the Hours, they did the same thing-but set to classical music, and all staged as if the goofy business was legitimate, a real ballet, where the dancers just happen to be ostriches, hippos, elephants and alligators.

Envisioning an enthusiastic public acceptance of his "animated concert," Walt Disney intended for Fantasia to be perpetually reissued, with old sequences changed out of the running for newly created ones. New sequences for Fantasia were never created. One sequence," Claire de Lune," was cut before the release of the film, and the animation was re-used for the "Blue Bayou" sequence of Make Mine Music (1946). Several new sequences will be part of Fantasia 2000, (2000).

Do you have anything to add to this page? Have we made any mistakes... or do you have any additional information about Fantasia? If so, we would love to hear from you. Please send us a quick note with your additions or corrections to this page, and we will make the corrections as soon as possible!

Below are comments about this cartoon submitted by people who have seen this show. Take a look and see what others have said about Fantasia. We want to know what you think, too!! Feel free to share your own opinion- we do want to hear from you! You can add your own comments here.

Comments By: Alex Krajci
1940's Fantasia Is My Tenth Favorite Film Of All Time.
1 of 5 people found this comment useful

Comments By: Alex Krajci
1940's Fantasia Is My Tenth Favorite Film Of All Time, My Segments That I Like In Fantasia Are Toccata And Fugue In D Minor, The Sorcerer's Apprentice, The Rite Of Spring, A Night On Bald Mountain And...  (read more)
2 of 37 people found this comment useful

Comments By: dingdog
This is the original. Accept NO SUBSTITUTES!!!!!
7 of 48 people found this comment useful

Comments By: colinf
What? No-one has actually reviewed this yet!

This is outstanding. You can keep your computer generated effects, etc. This is art, and it certainly shows. For a film that is so old, you have to appreciate the vast amount of work that went into this....  (read more)
6 of 72 people found this comment useful 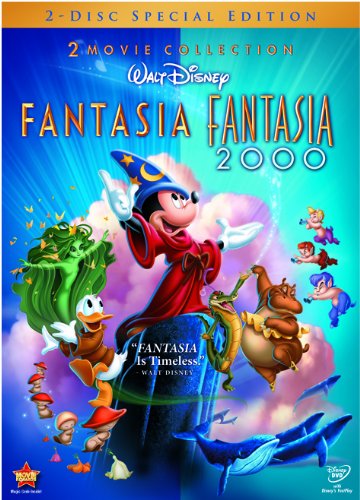 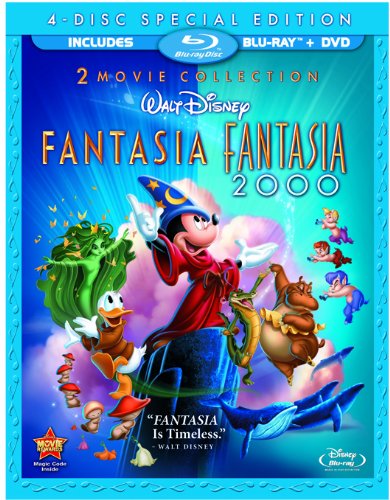